How Do I Drive Safely in Fog?

Thick fog is a driving hazard in many areas of the Western U.S. In the Pacific Northwest, it comes up mostly in winter. In California’s Central Valley — where some roads have been called among the most dangerous in the world because of fog — the fog season starts with the first heavy rain in fall and goes until March.


How to Drive in Fog

Just like there are different types of snow, there are many types of fog. Oregon has freezing fog that can coat the road like black ice. California’s “tule fog” usually forms in low-lying areas that typically have bulrushes (tule, pronounced “too-lee”) growing in them. Tule fog can reduce visibility on a stretch of highway to only a few feet, while other areas are nearly clear. 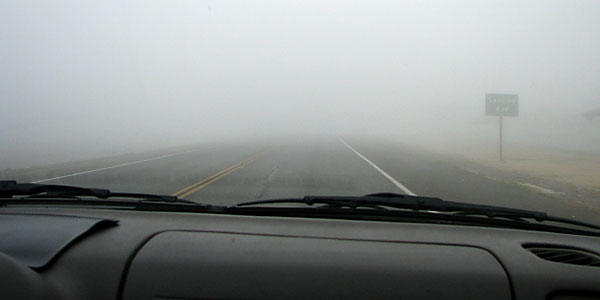 This is true of fog anywhere: You can be driving along with enough visibility and then suddenly go through a patch where you can barely see the road.

When fog’s an issue, here are tips to keep you safer on your drive. 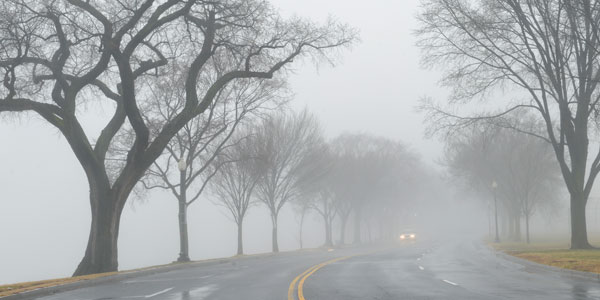 What You Should Know about Fog Lights

Fog lights are designed to be used at low speed in fog, heavy mist, snow and other poor-visibility situations. They’re different from daytime running lights. They are an extra pair of lights mounted low on the vehicle, with the thinking that fog doesn’t settle on the road surface but hovers 12 to 18 inches above it. They aim light into this layer of fog-free air. They also point to the right enough that the driver can see the solid, white “fog line” at the road edge as a guide. 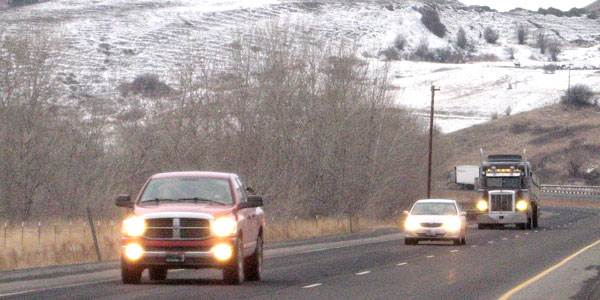 The rules on using auto fog lights — also known as fog lamps — vary by state. The main thing to know: you can’t use fog lights in a way that creates glare for other drivers. They have to be pointed and used so they won’t interfere with visibility for another driver within 25 feet. Here are specifics.

Each year, over 38,700 vehicle crashes occur in fog. Over 600 people are killed and more than 16,300 people are injured in these crashes annually. Treat low visibility driving with respect.

Get more winter driving how-tos in our ebook 19 Winter Driving Resources You Can’t Do Without. See real-time road conditions for Western states here.