It’s exciting when you can support a great cause such as Susan G. Komen Oregon & SW Washington and the Race for the Cure®. Once again, Les Schwab employees in Oregon and SW Washington showed their support for breast cancer awareness with a bi-weekly September event called Pink Fridays.

Wearing pink polos on select Fridays in September was just one of the many ways we supported the cause. In addition, fundraisers were held all month long in stores throughout the region to help with the Treatment Access Program that provides patients with gas, food and lodging. We also held car washes to support the Susan G. Komen Latina Initiative.

“We are honored to have worked with Susan G. Komen Oregon & SW Washington over the past nine years to help people fight this terrible disease,” said Aaron Smithers, manager, Portland Powell Blvd.

The Race for the Cure® took place on Sunday, September 16, 2018, at Tom McCall Waterfront Park in Portland. The event is expected to raise just over $700,000 for research, care, community, and action in the fight against breast cancer.

Les Schwab is honored to do what we can and bring as much attention and support to breast cancer awareness in the communities we serve and beyond. 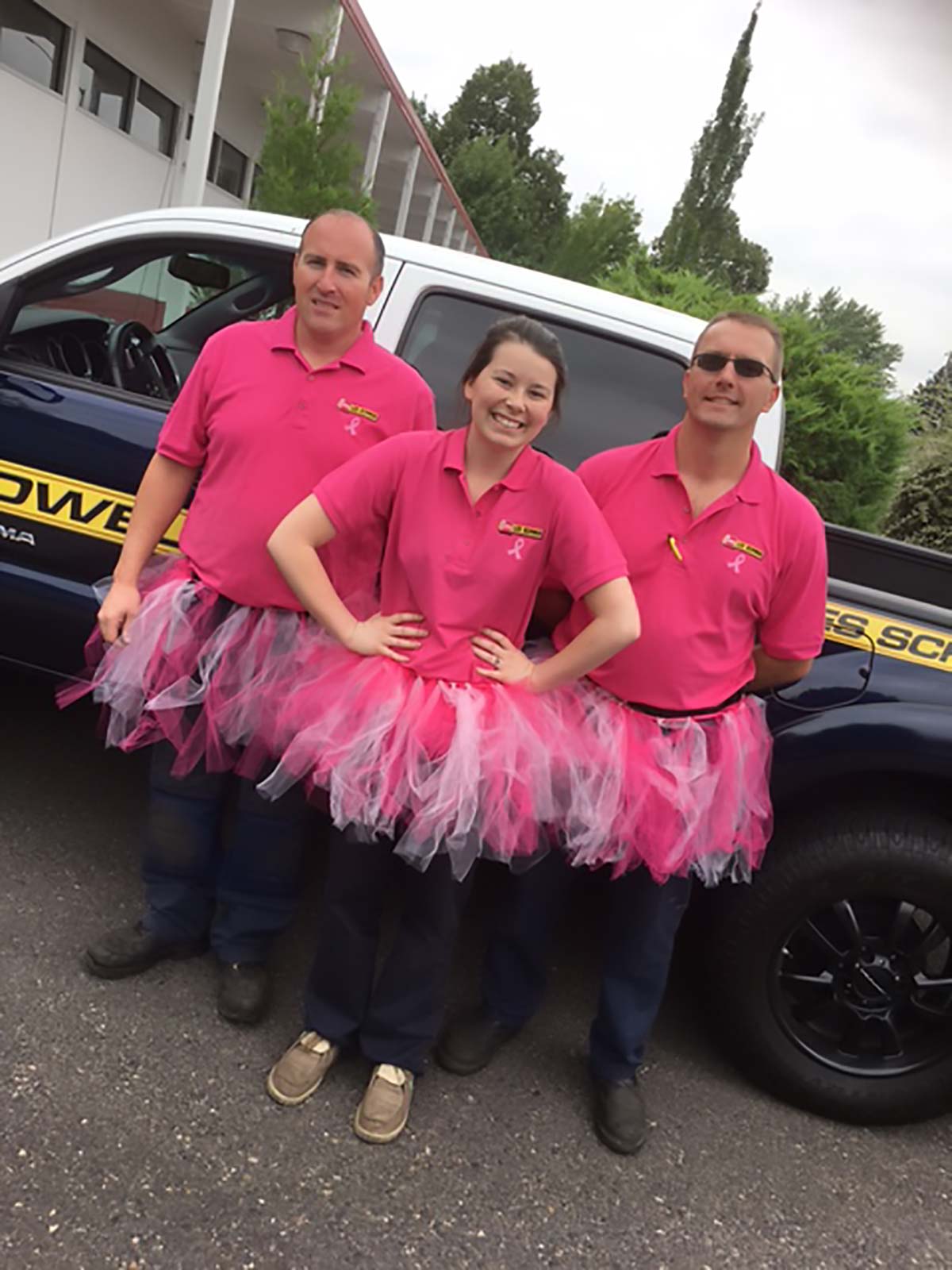