Popcorn is a long-standing and popular tradition in our waiting rooms at Les Schwab Tire Centers, but more and more it’s becoming a recognizable element of our community involvement, too.

In Monroe, Wash., popcorn is the weekly treat at the Friday afternoon Popcorn Social at Chain Lake Elementary School thanks to the nearby Les Schwab store. The P.T.A. had previously been forced to charge students for the snack. Even at less than a dollar a bag, the cost was out of reach for some kids, so for the last three years the crew has sponsored the event with 15 cases of popcorn, making it free for everybody. The Monroe store also supplies popcorn for the town’s National Night Out Against Crime, when citizens get together for an evening of community building with the Monroe Rotary Club and police and fire departments.

The Kaysville, Utah, store is similarly involved in providing popcorn for worthwhile community events. The Les Schwab there supports the Davis County Sheriff’s office when the officers host programs for local kids. Every month, officers invite underprivileged young people to their Drug Abuse Resistance Education program, better known by its acronym, D.A.R.E. And at Halloween, they host an event called “Trunk or Treat” where classic cars line the parking lot and children wear their costumes to trick-or-treat in a safe environment. Popcorn supplied by Les Schwab powers the kids through both events.

Les Schwab donations of popcorn and related supplies allow high school students a chance to practice valuable job skills and raise money for their activities. The Riverdale, Utah, store, for example, donates the popcorn maker, bags and popcorn to nearby Bonneville High School for the football and basketball seasons. Students who run the concession booth sell bottles of water and bags of popcorn for $1 each and get to keep the proceeds to spend on activities. For the past two years in southwest Washington, 10 stores have partnered to sponsor 22 local high schools with popcorn, oil and seasonings for lunchtime and game day booths. (The concessions are so popular that the schools have bought their own machines.) Feedback from the athletic directors is overwhelmingly positive.

This kind of sponsorship gives the students a chance to practice the kind of life skills we know will stand them in good stead: hard work, responsibility and community involvement.

At a city council meeting last March, Mayor Leonard Kelley of Stanwood, Wash., recognized the local Les Schwab for outstanding community service. He noted the company sponsors numerous community events, but he singled out as his favorite a story about the team donating its popcorn machine for the town’s summer Movies in the Park series.

“Moms with kids who weren’t customers  were coming in [to Les Schwab] to thank them for the popcorn,” Kelley said. 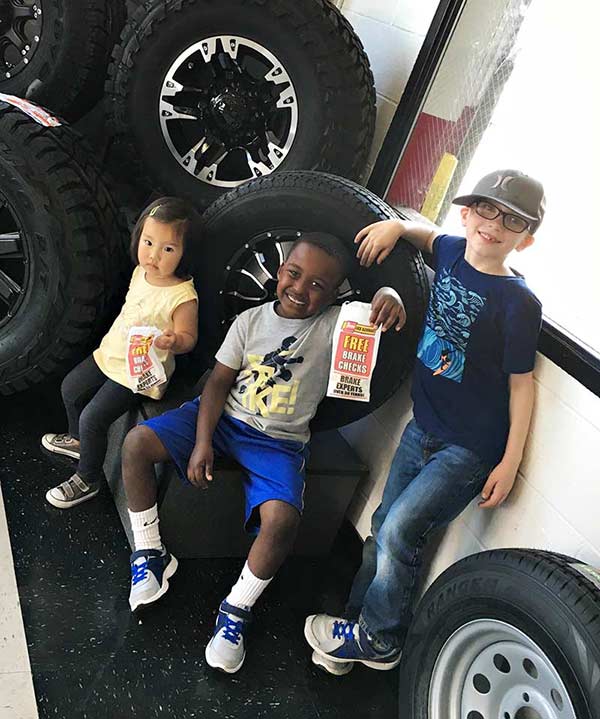 So popcorn is more than our signature snack: It’s one of the many ways we do more than take care of tires, brakes and alignment. We are members of the community who see a need and step up to meet it.