Why Do My Tires Squeal?

You’ll most often hear your tires squeal during fast acceleration, braking and turns. The sound you hear when you’re speeding up is the tread skidding against the road surface as it tries to gain traction. Skidding is also the cause of a squeal during hard braking. Sharp cornering can cause the rubber to slide laterally on the road surface, producing a sound. If you notice sound even when taking gentle turns, you may have underinflated tires that are flexing too much. Or there could be an alignment issue.

Tire sounds don’t always mean there’s problem. For example, turning on a tight radius at slow speed, like in a parking garage or on painted surfaces, often causes a squeaky shoe sound. This is from normal tire slippage on such surfaces, which are a lot slicker than typical asphalt. In an enclosed space, the sound can echo and seem much louder, but it’s harmless noise.

There’s a risk of confusing normal tire squealing with sounds that indicate other problems like misalignment or worn brake pads or suspension parts. Here’s a list of possible squealing sound issues and sources.

They call it peeling out for a reason. When you floor it, your tires immediately spin at a much higher rate than they were initially going. The tires slip before they get full traction. Some of the rubber on the tread gets peeled off and left on the road, and you hear that squealing sound effect.

Conversely, hard braking will abruptly slow tires revolving at a much higher speed. As when accelerating quickly, skid marks and squealing indicate that your tires have dragged along the blacktop rather than rolling, leaving behind some rubber.

Underinflated tires cannot compensate for the physical forces at work during a turn. When you take a corner on well-inflated tires, they keep their shape better, which allows them to maintain the right amount of contact with the road. If your tires are low, the sidewalls flex too much and cannot generate enough traction to turn the car smoothly. Instead, the rubber will slide sideways more, causing a squeal. (Keeping tires filled at the proper pressure will also extend their tread life.) 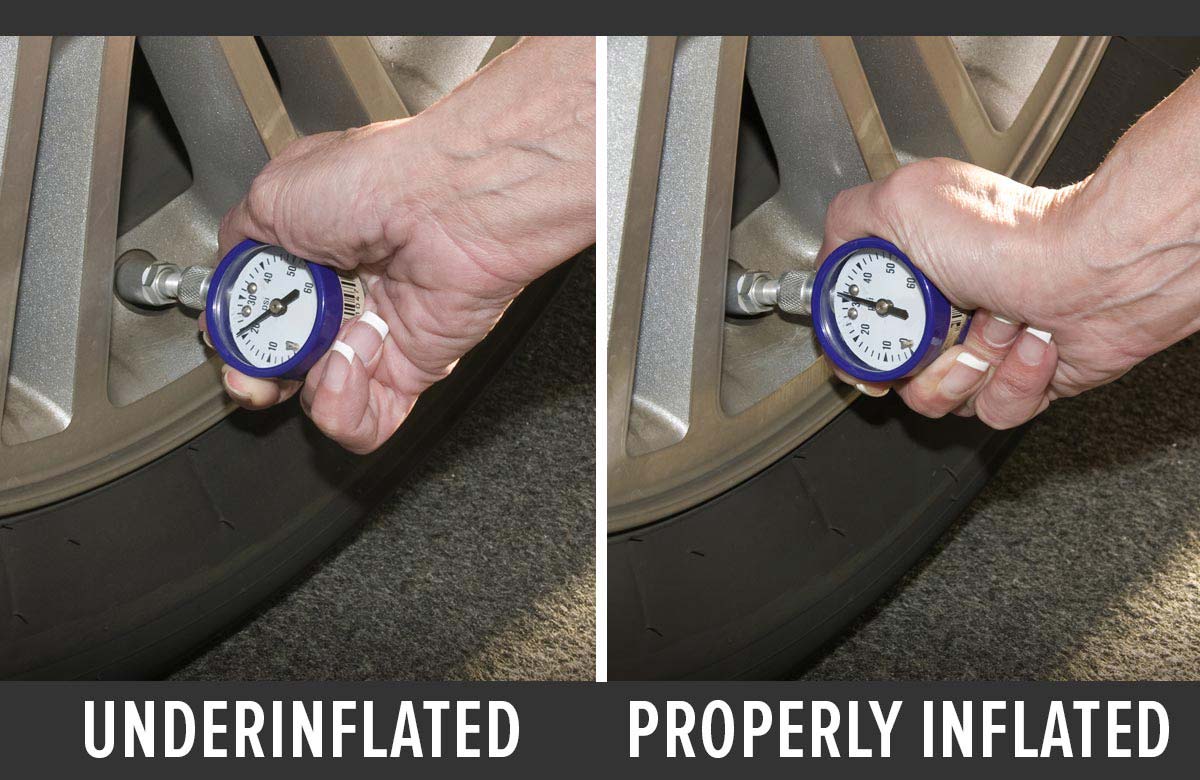 Tires that are getting to the end of their life or have uneven wear, will squeal more. If you’ve got uneven tread pattern or depths, you’ll have less road grip. So when you take corners, accelerate or brake, your tires will slip more easily.

Wheel-tire issues aren’t the only causes of auto noise. Other possibilities include:


What To Do About Squealing

Get your tire pressure checked first. If that’s not the problem and the noise persists, don’t ignore it. Bring your car in for service to find the source. You might head off much costlier repairs.